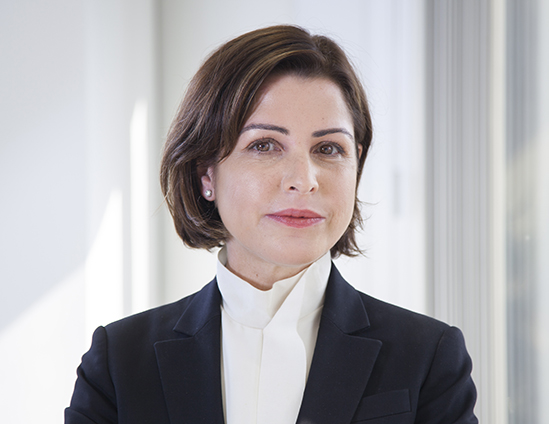 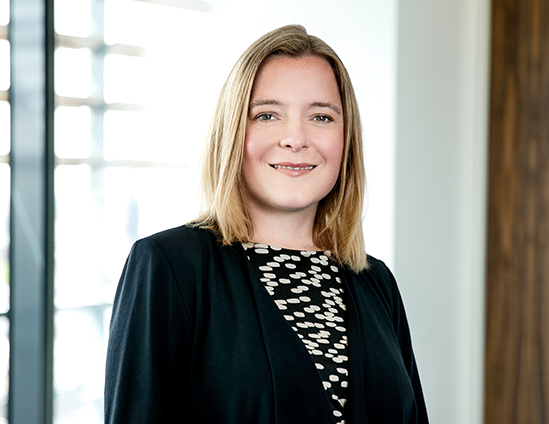 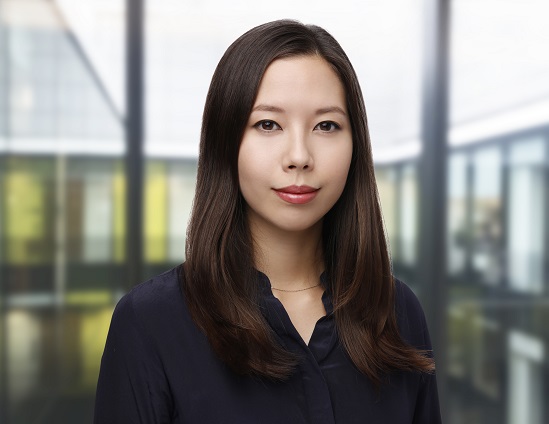 Most of the aspects governing cross-border disputes within the EU [1] are governed by EU regulation, or by international agreements applicable to the U.K. by virtue of EU membership. As a result, key areas for commercial litigation will be impacted when (if) the U.K. withdraws from the EU. These include (1) applicable law, (2) jurisdiction of courts, and (3) recognition and enforcement of judgments. This article sets out the key points on those issues.

While there remains significant uncertainty as to how — if at all — the U.K. will withdraw from the EU, we consider these issues in the following scenarios: (1) no withdrawal from the EU; (2) withdrawal on terms similar to those set out in the draft withdrawal agreement dated Nov. 25, 2018 [2]; and (3) withdrawal without a deal.

The European Union (Withdrawal Agreement) Bill will be enacted to legislate the withdrawal agreement into law. It will do so by (1) amending the European Union (Withdrawal) Act 2018 to postpone the effects of that act until the end of the transition period; and (2) taking a snapshot of "retained EU law" at the end of the transition period, instead of on exit day.

Following the transition period, the U.K. and EU will enter into terms for a future relationship. Civil justice matters are not expressly referred in either the political declaration associated with the withdrawal agreement (that sets out the U.K.’s and the EU’s intentions with regards to a future political and trading relationship) or the subsequent joint interpretative instrument.

In a no-deal scenario, EU law will cease to apply in the U.K. from 11 p.m. on exit day. The Withdrawal Act provides that most of EU law as at exit day, including EU regulations, EU case law and U.K. implementing legislation, will be converted into “retained EU Law” as U.K. domestic legislation. Secondary statutory instruments have been drafted to implement necessary amendments to existing legislation, including amendments to the Civil Procedural Rules. [4]

Within the EU, the relevant frameworks for applicable law or governing law clauses are the Rome I Regulation (EC) No 593/2008 on the law applicable to contractual obligations since Dec. 17, 2009, and the Rome II Regulation (EC) No 864/2007 on the law applicable to noncontractual obligations since Jan. 11, 2009. In general, where a party specifies that a governing law will apply to the contract and any dispute arising from it, that choice will generally be upheld by any EU member state court. In addition, the precursor to Rome I, the 1980 Rome Convention, applies to contracts entered into between April 1, 1991, and Dec. 16, 2009.

All parts of the U.K. will retain Rome I and Rome II into domestic law as “retained EU Law”, as such regulations do not rely on reciprocity to operate.[5] Therefore, the parties’ choice as to English governing law, or the governing law of an EU member state, will generally be given effect. Minor amendments are made to remove references to EU law and international instruments to which the EU is a party. The Rome Convention will continue to apply to existing contracts between April 1, 1991, and Dec. 16, 2009.

Jurisdiction of Courts and Recognition and Enforcement of Judgments

Currently (and in the event of no withdrawal from the EU), jurisdiction and enforcement matters are governed by the Brussels Regulation regime, which is directly effective in all EU member states. This provides for uniform rules for jurisdiction of national courts (including lis pendens rules), as well as standard rules for mutual enforcement of judgments across the EU without special procedure. The rules generally give effect to a party's agreed choice of jurisdiction, and once a court is seized, any other court seized of the same dispute must stay its proceedings until the jurisdiction of the first-seized court has been determined.

There are number of different relevant instruments. The Brussels I Recast Regulation (EU) No. 1215/2012 applies to proceedings instituted on or after Jan. 15, 2015, while its predecessor, the Brussels I Regulation (EC) No. 44/2001, is still relevant to proceedings commenced before Jan. 10, 2015. As between the EU and certain EFTA states (Iceland, Norway and Switzerland), similar jurisdictional rules and enforcement of judgments are governed by the 2007 Lugano Convention.

In addition to the Brussels regime, the EU has ratified (on behalf of all Member States) the 2005 Hague Convention on Choice of Court Agreements. Rules are agreed as to the recognition of written exclusive choice of court agreements in civil matters, as well as the enforcement of related judgments in those proceedings. Before Brexit, the Hague Convention is only relevant as between the U.K. and non-EU states. The Hague Convention rules are narrower in scope than the Brussels regime, as they do not apply to “asymmetrical” jurisdiction agreements. In addition, the EU, Singapore, Mexico and Montenegro are the only current contracting parties.

In the current form of the withdrawal agreement, during the transition period, EU law shall continue to be applicable to and in the U.K., which means that the Brussels regime as to jurisdiction and enforcement will continue to be in force. Savings provisions in Article 67 apply to proceedings that are pending as at the end of the transition period. In addition, the withdrawal agreement provides that the U.K. shall still be bound by the obligations stemming from international agreements concluded by the EU (acting for member states) for the duration of the transition period.[6] Therefore the 2005 Hague Convention and 2007 Lugano Convention shall continue to apply to jurisdiction and recognition and enforcement matters.

In the event of a no-deal scenario, the U.K. cannot incorporate the Brussels I, Brussels I Recast and Lugano Convention rules on jurisdiction and enforcement into domestic law unilaterally as the regulation requires mutual reciprocity from other member states. As a result, these rules will be repealed as at exit day.

Various transition arrangements are in place pursuant to the Civil Jurisdiction and Judgments (Amendment) (EU) Regulations 2019 [7] where a member state court is seized before exit day, in which case the jurisdiction rules continue to apply, and any resultant judgment can continue to be recognized and enforced in the U.K. for proceedings pending as at exit day. The EU has taken a different position on the transition arrangements for pending proceedings where a party has obtained judgment from the U.K. but not been granted declaration of enforceability in the relevant EU member state. [8] Specific legal advice should be sought in those situations.

Accordingly, save for any transitional provisions, the rules on jurisdiction for U.K./EU litigation will be governed by:

Outside of the Brussels regime, the English courts are empowered to grant an anti-suit injunction where a party initiates proceedings in breach of a jurisdiction agreement. Where the jurisdiction clause is in favor of an EU court, the national rules of that state shall apply. Local law advice should be sought as to the circumstances when the party’s choice of forum would be given effect.

The U.K.’s membership of the Hague Convention will cease to apply from exit day. On Dec. 28, 2018, the U.K. deposited the Instrument of Accession, which shall take effect on the day after exit day. [9] Thereafter, the Hague Convention rules shall apply to exclusive choice of court agreements prospectively entered into after April 1, 2019, in favor of any contracting state.

However, whilst the U.K.’s Ministry of Justice has confirmed that English courts will continue to apply the Hague Convention rules to English choice of court agreements entered into between Oct. 1, 2015, (when the U.K. became a party by way of EU membership) and exit day, [10] there remains uncertainty as to whether reciprocal courts in other states will adopt the same interpretation.

The government[11] has left open the possibility to rejoin the Lugano Convention in its individual capacity, upon invitation by one of the participating states (EU or EFTA). [12] Any membership would need to be ratified by both the U.K. and all existing contracting states.[13]

In respect of recognition and enforcement matters:

For recognition and enforcement of foreign judgments in England, the rules will be governed by either (1) common law, by initiating a debt claim to seek summary judgment, subject to possible defenses that the foreign court lacked jurisdiction, the judgment was obtained by fraud, or is contrary to public policy in the U.K. or requirements of natural justice; (2) a statutory regime where there is a reciprocal arrangement with the relevant jurisdiction, under which a foreign judgment can be registered in the U.K., subject to the court’s discretion and the same defenses as under common law; or (3) the Hague Convention, where the judgment has been obtained from a court which was specified as having exclusive jurisdiction. However, the limitations identified above in relation to jurisdiction equally apply.

Recognition and enforcement of English judgments in an EU or Lugano state court would depend on the national rules of that state, subject to (1) the application of the Hague Convention (depending on the date when the exclusive choice of court agreement was entered into, and its compliance with the requirements under the convention); and (2) the application of a bilateral treaty. A number of states (France, Italy, Austria, Germany, the Netherlands, Belgium and Norway) previously entered into bilateral enforcement treaties with the U.K. These were largely superseded upon the entry into the Brussels Convention, and then the Brussels I Regulation. In most cases, the conventions may need to be reintroduced into the State's national law in order to have effect with regard to the U.K., and will not be re-effective automatically.

[1] An “intra-EU dispute” is one that involves an EU-domiciled defendant, or where the courts of an EU member state otherwise have jurisdiction by agreement, or by mandatory rules (such as over immovable property), or at the enforcement stage, where the assets are located within another EU member state.

[2] Agreement on the withdrawal of the United Kingdom of Great Britain and Northern Ireland from the European Union and the European Atomic Energy Community, as endorsed by leaders at a special meeting of the European Council on 25 November 2018.

[3] As at the time of writing, the U.K. and the EU have agreed to extend Article 50 until 31 October 2019. Exit day will be earlier of: the first day of the month following completion of the ratification procedures (to the extent a form of withdrawal agreement is approved and ratified before 31 October 2019), or 1 November 2019. (European Counsel Decision taken in agreement with the United Kingdom extending the period under Article 50(3) TEU, EUCO XT 2013/19)

[9] Notification dated 28 December 2018, and Declaration dated 29 March 2019. The Notice from the Depositary confirms that the accession remains suspended until 1 November 2019.