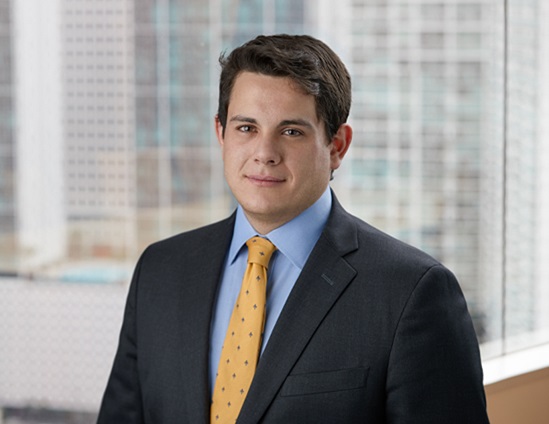 By Lauren Bell and John Gerardi

The early days of the covid-19 pandemic saw a mad dash by U.S. companies to procure personal protective equipment (PPE). The overwhelming demand for PPE will continue to outpace the supply for the foreseeable future as lockdowns are lifted and the U.S. grapples with finding a safe way to return to normal business and school activities. While companies are on the lookout for external threats from scammers and counterfeit PPE, an internal threat that will expose a company to criminal and civil sanctions likely is being overlooked by company executives and compliance officers.

The chaos in the market for PPE has created a fertile ground for corruption, and the need to obtain PPE from overseas increases a company’s risk of violating the Foreign Corrupt Practices Act (FCPA). The massive increase of buyers trying to acquire PPE has caused the supply chain in the People’s Republic of China—a major manufacturer of PPE—to fall into disarray. The breakdown of the supply chain has given rise to a free-for-all, where shady middlemen offer a gateway to PPE, but at the price of a rushed procurement process with the possibility of bribes to move things along. The result has been the creation of a so-called “grey market” in which unvetted brokers are selling access to PPE with little transparency and regulations. In the rush to secure PPE from China in the first half of 2020, many entities may have exposed themselves to significant FCPA violations by corruptly paying individuals who, at first glance appear to be private actors, but actually are considered foreign officials under the FCPA.

The FCPA prohibits U.S. companies and foreign companies acting while in the U.S. from corruptly bribing foreign officials to secure business. As described in the Department of Justice (DOJ) and Securities and Exchange Commission’s (SEC) recently revised resource guide to the FCPA, bribes include payments, offers, or promises that are made to influence an act or decision of a foreign official in his official capacity, secure any improper advantage, or induce a foreign official to use his influence with a foreign government in order to affect or influence a government’s action or decision.

Although the prohibition against bribing a foreign official sounds clear enough, it is not—the delineation as to who is a foreign official is unclear. Under the FCPA, a foreign official includes not just an officer or employee of a foreign government but also a person who is an instrumentality of a foreign government. Determining whether an entity is an instrumentality for purposes of the FCPA requires a careful, fact-based analysis of multiple factors to determine the foreign state’s ownership, control, and support of the entity. United States v. Esquenazi, 752 F.3d 912, 925-26 (11th Cir. 2014). Such a careful analysis becomes difficult when a company is scrambling to obtain PPE from individuals and agencies that the company may have never dealt with in the past.

The recently issued DOJ and SEC’s Second Edition of A Resource Guide to the U.S. Foreign Corrupt Practices Act identifies healthcare as an industry in which many state-controlled entities in foreign countries operate, and this is particularly true in China. Due to China’s state-controlled economy, the reach of the FCPA in prohibiting illegal payments to instrumentalities is particularly extensive, and entities doing business in China should take particular notice. Large segments of the Chinese economy are still dominated by state-owned enterprises (SOEs). As the label indicates, Chinese SOEs are owned by the state, and their functions, profits, and losses are directed and managed by the state. Although the dominance of SOEs over the Chinese economy has waned in recent years, there are around 150,000 SOEs in operation. SOEs still play critical roles in certain sectors of the Chinese economy, and the state retains minority interests in otherwise privatized commercial entities.

In the current covid-19 pandemic, companies interacting with Chinese hospitals and healthcare facilities to obtain PPE must be wary because many hospitals in China are state-operated. Despite the recent push for SOEs to divest their interests in hospitals, the hospitals may still be instrumentalities since many SOEs transferred their ownership to local governments. Payments corruptly made to these entities to speed a company’s access to PPE can violate the FCPA since the state-operated entities could be construed to be an instrumentality of the state. For example, DPC (Tianjin) Co. Ltd., the Chinese subsidiary of Los Angeles-based Diagnostic Products Corporation (DPC), was charged criminally with violating the FCPA in 2005 for paying approximately $1.6 million in bribes in the form of illegal commissions to physicians and laboratory personnel employed by government-owned hospitals in China.

The prevalence of SOEs in the Chinese market means that if a company attempts to procure PPE by corruptly offering or paying a bribe to an individual—even if at first glance the individual appears to be a private citizen—the company would have violated the FCPA if, in reality, the individual is considered an instrumentality of the Chinese government. This is a particular danger in the current market where unvetted middleman are peddling PPE to buyers who are pressed to quickly find, acquire, and ship PPE from China back to the U.S. In the “grey market,” businesses may not even fully know with whom they are transacting business—leading to the possibility that a bribe made to a PPE broker or supplier was actually made to an instrumentality of the Chinese government. It will be no defense for a business to assert that they did not bribe overt Chinese officials. Even businesses with extensive compliance programs are at risk of an FCPA violation. The rush to find PPE suppliers and the competition to secure materials raises the inference that the entire procurement process was rushed and that the established internal rules and procedures were not followed to the letter.

To avoid the FCPA landmines created by the “grey market” for PPE and China’s state control over the economy, companies must be vigilant about compliance. This vigilance is especially important for companies that are inexperienced with acquiring healthcare equipment from China and have been thrust into the market only due to the chaos of the pandemic. It is essential to scrutinize the payments made to obtain PPE from China and to thoroughly investigate suspicious payments. Relying on routine, periodic compliance reviews may no longer be sufficient. Companies must adapt their compliance oversight to respond to the new environment, and this may require a more real-time analysis of payments and more frequent investigations into suspicious payments.

If a company discovers a potential FCPA violation, it is its best interest to consult with legal counsel about early self-disclosure to U.S. enforcement agencies in order to limit corporate exposure. By getting ahead of the investigation and voluntarily self-disclosing a discovered violation, a company can take advantage of the presumption that DOJ will not prosecute it, as outlined in the FCPA Corporate Enforcement Policy. Sticking one’s head in the sand and hoping to avoid detection could be a costly mistake in the long term. DOJ’s Criminal Division has made it crystal clear that it will continue to focus its resources on FCPA enforcement actions. Over the past ten years, the number of U.S. enforcement actions related to FCPA violations in China far exceeded the enforcement actions related to any other country in the world, and this trend likely will continue for the near future. Staying alert now to the potential dangers of procuring PPE will save companies from the heartburn of costly enforcement investigations that could extend long after the current heartache from pandemic has ended.