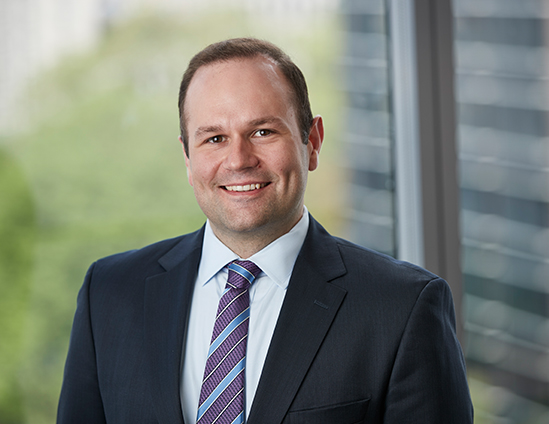 In the rarefied world of New York fine dining, there is one person whose opinion can change a restaurant’s fortunes in an instant: Pete Wells, the restaurant critic for the New York Times. Recently, Wells scorched the temple of New York steakhouses, Peter Luger, with a zero-star review.

He wrote that the shrimp cocktail “tasted like cold latex dipped in ketchup and horseradish.” And he lamented that he looks forward to eating the German fried potatoes as much as he looks forward to “finding a new, irregularly shaped mole.” Those are fighting words for the legions of Luger diehards who have dined there for decades.

How does Wells go about writing a scathing review of a revered institution, knowing it will be greeted by many with skepticism and second-guessing? A few days after publishing the review, he explained his process for writing this kind of takedown. Litigators, another breed of professional writer that contends with audiences ranging from neutral to hostile, would do well to take the same approach when considering potential legal arguments.

First, Wells says he dines in many mediocre restaurants that never see the pages of the Times. He practices a “catch-and-release policy” with most places, throwing back the majority and saving negative reviews for those that are “big enough to be worth keeping.” That is, rather than panning every obscure hole in the wall, he saves his firepower and writes negative reviews “only when readers are at risk of wasting their money on the basis of an established reputation.”

Focus on Most Compelling Legal Arguments

Many risk-averse lawyers will take any semi-credible position, whether loading up a complaint with alternative theories of recovery or floating dubious arguments in a motion, rather than focus on what’s “big enough worth keeping.”

An objective analysis of claims or defenses often produces some longshot ideas, and in the most difficult cases, that may be all there is. But when you have the luxury—as Wells certainly does in selecting his targets—the better approach is to catch and release all but the most compelling legal arguments.

Recognizing the challenge of this endeavor, the late Supreme Court Justice Antonin Scalia and Bryan A. Garner implore writers to “summon[] the courage to abandon feeble arguments.” Even if a court does not impose word or page limits, practicing self-restraint is often the right strategy because it hones the court’s focus on your most powerful points.

Second, Wells writes that he knows some of his readers will think he is “an idiot, a philistine, an elitist, a liar, a score-settler, [or] an agenda-haver” when he knocks a famous restaurant from its perch. So he carefully reviews his draft “again and again, looking for weak arguments, adding praise where it’s deserved, snipping out adjectives that are a little too barbed and acknowledging certain objections in advance.”

In editing his review of Luger, Wells writes:
“I knew that simply describing the sole at Peter Luger would open me up to charges that I didn’t know what to order in a steak house, so I joked about it and made sure it was clear I had eaten plenty of red meat, too. I knew my criticisms of other aspects of the dining experience, including the service, the wine list and the side dishes, would strike Luger loyalists as beside the point, so I ended the review by recognizing that. The bees might still swarm, but at least I would have closed the doors and patched the window screens.”

In litigation, of course, everyone has an agenda. But too many briefs read as though there is only one reasonable side to every argument and one possible outcome.

The more credible (and strategic) approach often is to acknowledge potential shortcomings and objections, deflating an opponent’s attack. This is not prudent in every case, as opposing counsel may not think of the same arguments. But in many circumstances, an opponent’s response is easily anticipated and should be addressed affirmatively.

Wells’ point about “adjectives that are a little too barbed” is worthy of particular emphasis. Effective legal writing is even-handed and factual. It eschews unnecessary adjectives and adverbs in favor of simple, declarative sentences.

Like searing food reviews, effective legal briefs draw life from vivid descriptions of the facts, but overwrought prose and potshots do little good in either context.

Reproduced with permission from Copyright 2019 The Bureau of National Affairs, Inc. (800 372 1033) www.bloombergindustry.com.