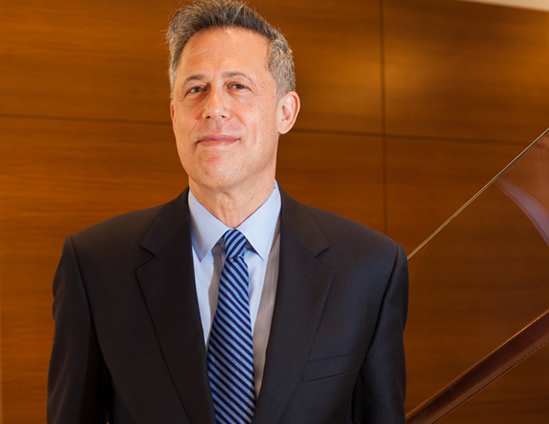 By Harlan Levy and Sam Kleiner

The Stop Hacks and Improve Electronic Data Security, or SHIELD, Act is sweeping in its reach, requiring that companies comply with these standards for protecting New Yorkers’ private information regardless of whether they do any business in New York. The law is a dramatic expansion of the power of the New York Attorney General's Office in the realm of data security.

The SHIELD Act represents a major shift in how New York law approaches data security. New York first passed a data breach law in 2005, and it has not been updated until now. The 2005 law, General Business Law Section 899-aa, only set requirements for companies in the event of a data breach and had no requirement that companies protect private information on an ongoing basis.

The SHIELD Act provides a set of detailed requirements on how companies holding New Yorkers’ private information must protect that data with an array of data security protections.

These requirements carry penalties that could be very significant for companies. If the New York attorney general finds that a company has failed to maintain those standards, the office can seek injunctive relief to enjoin such violations and issue fines of up to $5000 for each violation under General Business Law Section 350-d.

A data breach or a news story calling into question a company’s data security or a whistleblower within a company or a disgruntled former employee making a report to the New York attorney general could set off an investigation.

New York has a powerful 2020 counterpart in California. Much ink has been spilled about California’s recently enacted California Consumer Privacy Act, and companies have devoted substantial resources to compliance with the new law. The CCPA became operative on Jan. 1, and the California attorney general will be allowed to bring actions as of July 1.

The core of the CCPA is allowing California residents to find out how companies have used and stored their data and providing mechanisms for consumers to demand its deletion. The CCPA also allows California residents to bring private suits where companies have failed to utilize reasonable security measures,[2] and an earlier California state law required companies to have reasonable security procedures and practices for private information.[3]

The reasonable security requirement in the SHIELD Act expansively applies to “any person or business that owns or licenses computerized data which includes private information of a resident of New York.” The New York attorney general played a role in sponsoring this bill and the law specifically empowers the New York attorney general to pursue actions against companies that fail to reasonably protect the personal information of New Yorkers absent these businesses even conducting business in the state.

Indeed, the SHIELD Act amended the 2005 law on data breaches to remove the requirement that a business must conduct business in New York state to be subject to the law.

Further, the SHIELD Act applies to any person or business that holds the private information of a New York resident, regardless of the size of the company, with partial exemptions for companies already complying with the data security provisions established under other laws.

A small business (one with fewer than 50 employees, less than $3 million in gross annual revenue in each of the last three fiscal years or less than $5 million in year-end total assets) must still maintain reasonable data security measures, adjusted for the size of its business and other relevant factors.

The law requires not only that the company set up these systems but that they then maintain them by regularly testing and monitoring “the effectiveness of key controls, systems and procedures,” as well as training and managing “employees in the security program practices and procedures.”

Further, the law applies not only to how companies maintain their data but also to the disposal of data. Businesses must establish systems for disposing “of private information within a reasonable amount of time after it is no longer needed for business purposes by erasing electronic media so that the information cannot be read or reconstructed.” This is an obligation companies will have to approach carefully because it has to be balanced with any potential legal obligations to preserve data, such as a litigation hold.

With no federal law establishing companies’ obligations to protect data and to respond to a data breach, state attorneys general are leading the way on these issues. Though the Federal Trade Commission has some limited authority in the privacy arena, that authority is framed in acting against unfair and deceptive practices and the agency “is woefully understaffed in privacy.”[7]

With Americans deeply concerned about their data privacy, it is unsurprising that the state attorneys general — with the New York attorney general as a leader — have focused on building out data security laws and then enforcing them.

The SHIELD Act also expanded the scope of a company’s requirements in the event of a breach. These amendments to the existing law were effective immediately when the governor signed the law in July 2019. The law expanded the definition of “private information” to include “a user name or e-mail address in combination with a password or security question and answer that would permit access to an online account” as well as biometric information.

The law even expanded the definition of a “breach.” Where the old law specified a breach was an unauthorized acquisition of information, the SHIELD Act provides that unauthorized access also constitutes a breach. And in removing the requirement that the business conducts business in New York state, the data breach requirements now apply to any company that holds the private information of New Yorkers.

As of March 20, a new data security law becomes effective, and the New York attorney general will be empowered to enforce the new requirements. The New York law provides a measure of guidance defining reasonable security and has potential application to corporations regardless of whether they do business in the state. New York has had a data breach law on the books for 15 years, but now a new era of data security enforcement begins in earnest.

The opinions expressed are those of the authors and do not necessarily reflect the views of the firm, its clients, or Portfolio Media Inc., or any of its or their respective affiliates. This article is for general information purposes and is not intended to be and should not be taken as legal advice. It first appeared on Law360.com.