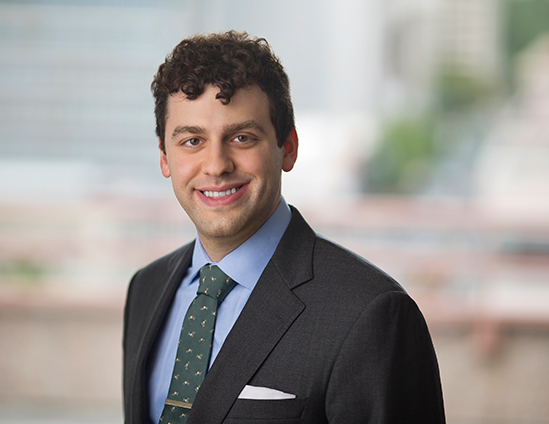 By William Bloom and Meghan Strong

Alabama’s goal line stand to win the 1979 Sugar Bowl. Boise State’s Statue of Liberty play. Doug Flutie’s Hail Mary. The Kick Six. The Play. These moments live in the collective memory of college football fans and immortalized the players behind them. Yet etched in that memory is the roar of the crowd as the impossible became possible. Perhaps no class of sports is more associated with its fandom than college athletics. That is why it is so difficult to imagine a season of college athletics with limited fan attendance As university administrators and athletic directors are aware, though, such limitations on attendance will be difficult to avoid as the COVID-19 pandemic continues. Beyond its effect on the viewing experience, limitations on attendance at athletic contests will result in a significant loss of revenue for athletic departments around the nation. By one estimate, without the ticket revenue from college football alone, only two athletic departments will be able to cover expenses without relying on student fees or university support. And the cancellation of the men’s Division I basketball tournament already cost the NCAA nearly $375 million that would have otherwise gone to member schools. While they cannot conjure the magic of a sold out college stadium, insurance policies may offer a means of collecting lost revenue associated with restrictions on attendance at college sporting events. University administrators should be aware of their various options in filing insurance claims for lost athletic department revenue and why a rejection letter from their insurer is far from the end of the process.

When examining whether insurance provides a potential means of recouping lost athletic department revenue, university administrators should look to their property insurance policies. Such policies may offer business interruption coverage, which is designed to compensate a business for lost revenue if it is temporarily unable to operate or its operations suffer a slowdown. A variety of businesses throughout the United States have filed claims against insurers for COVID-19-related business interruptions, including restaurants and bars. The argument for business interruption coverage for athletic departments is similar: as a result of COVID-19, colleges and universities suffer losses in revenue due to cancelling sporting events or hosting such events with restrictions on spectator attendance.

Admittedly, insurers have pushed back against entities that have filed claims for business interruption losses related to COVID-19. A consistent refrain from recalcitrant insurers is that the insured must suffer direct physical damage to or physical loss of the property in order to utilize business interruption coverage. Such an argument ignores the fact that the presence of SARS-CoV-2, the virus that causes COVID-19, itself results in physical damage to the property in question. Beyond semantics, courts have held that where a foreign substance precludes the intended use of property, an owner suffers a direct physical loss of that property.[1] Such decisions cast doubt on insurers’ argument that structural damage is required to seek business interruption coverage.

Insurers have also argued that, even if business losses caused by COVID-19 seemingly fall within the terms of a property insurance policy, insurers did not intend to cover such losses with those policies. At least one insurance industry official has publicly argued that “Unless somebody specifically said, ‘I’d like coverage to cover viruses and a pandemic,’ and that was put in, the policy was not designed or priced or intended to cover that.” But a review of the basic structure and text of property insurance policies casts doubt on such a broad proposition.

Business interruption coverage tends to fall within two categories: “named peril” or “all risk.” Named-peril coverage includes an explicit list of the sort of risks that are covered, whereas all-risk coverage covers all risks except those explicitly excluded. In 2006, insurers responded to the worldwide SARS outbreak by creating a specific exclusion for losses or damages resulting from “any virus, bacterium or other microorganism.” While some policies include that viral exclusion, others do not. As plaintiffs seeking business interruption coverage for COVID-19-related losses have noted, where an all-risk policy fails to explicitly exclude viruses, it undermines the idea that the policy was not “designed” or “intended” to protect against viral outbreaks such COVID-19.

Civil authority provisions present another potential avenue for colleges and universities to recoup lost athletic department revenue. Such provisions insure against the loss of revenue that results from government actions preventing or limiting the use of a business. As mayors and governors begin announcing substantial limits on the number of spectators who can attend college sporting events beginning in the fall, it is easy to see how civil authority provisions may help mitigate the damage caused by limited spectator attendance. Where colleges and universities find themselves subject to such restrictions imposed by state or local governments, civil authority provisions may allow them to recoup resultant lost revenue.

Outside of property insurance, colleges and universities should examine event-cancellation policies for sporting events negatively affected by COVID-19. Event-cancellation insurance pays for lost revenue that results from the cancellation or reduction of attendance at particular events. Notably, such policies tend to be tailored toward individual clients and might cover state or local limitations on the size of attendance at sporting events or the inability of individuals to travel to the insured event. They may also include virus exclusions akin to those found in some property insurance policies. As a consequence, it is important for university administrators to review such policies with legal counsel when determining whether their policies cover losses associated with COVID-19-related restrictions.

Perhaps more important than the arguments supporting insurance coverage for lost athletics revenue resulting from COVID-19 are the steps university administrators should take to protect their ability to pursue such coverage. To receive the protections they paid for with their insurance premiums, colleges and universities should consider filing an insurance claim to perfect and preserve their potential legal remedies. Claims should be worded broadly to avoid an insurer narrowly construing the request. Indeed, obtaining legal counsel to assist in crafting those claims can lay the foundation for a successful legal battle in the event an insurer rejects a claim. Even where a policy appears to cover an athletic department’s lost revenue due to COVID-19, colleges and universities should not be surprised if their insurer rejects their initial claims. Such rejections are the time when attorneys can assist with further negotiations with insurers and, if necessary, litigation to enforce and collect on insurance policies. Although this season of college athletics will indeed be unprecedented, the protections afforded by insurance policies can help alleviate the financial toll on athletic departments.

This article was first published by Lead1 Association on June 22, 2020.