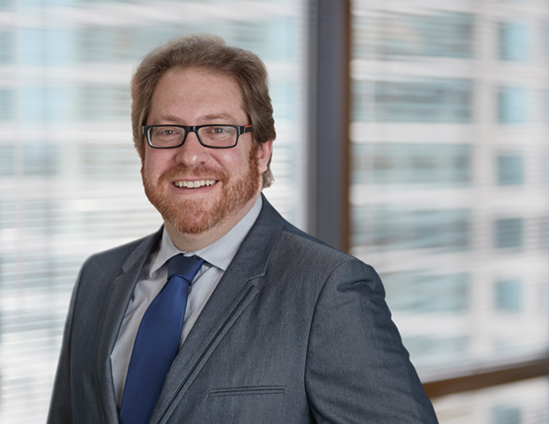 By Matt Getz and Scott Wilson

In part one of this two-part series, we considered the SFO's views on cooperation, and broadly praised the SFO, albeit with some reservations.

This part analyzes the SFO’s evolving views on privilege, and here our appraisal is less cheery. We consider that the latest statements about privilege, especially as it applies to witness accounts, are at best confusing and at worst unhelpful.

Privilege, particularly the privileged status (or not) of witness interview memoranda, has been one of the most contentious aspects of SFO-corporate relations over the past few years. Matters appeared to have reached some finality with last year’s Court of Appeal decision in SFO v. ENRC, in which the court ruled that materials (including witness memos and investigative reports) produced in the expectation of an SFO investigation or with the desire to prevent an SFO prosecution would be protected by litigation privilege, such that the SFO could not require them of a company.

The SFO of course has to accept that ruling, though it states in the guidance, fairly enough, that the existence of a privilege claim must be properly established. But the SFO goes somewhat further, in a way that suggests that this will remain a live issue for some time.

First, the SFO states that an organization that does not waive privilege and provide witness accounts will not “attain the corresponding factor against prosecution that is found in the DPA Code (above) but will not be penalised by the SFO."

The import of this is not clear.

For one thing, it makes little sense to say both that an organization will not receive credit and that it will not be penalized. Imagine two companies. Company A waives privilege over witness accounts and receives cooperation credit; Company B exercises its rights, does not waive privilege and receives no cooperation credit. The credit Company A gets tips it over the line and it is offered a deferred prosecution agreement; Company B just fails to get over the line, and is offered no DPA. Clearly, Company A has been penalized as compared to Company B.

In effect, the SFO has burdened the exercise by Company B of its right to assert privilege, a right that the courts in England have called a “fundamental human right." It is for just this reason that the U.S. Department of Justice has backed away from asking companies to waive privilege and is not allowed to do so any more.

Now, it is the SFO’s view that it is not doing anything nearly so objectionable, and that since cooperation is only one of a number of factors against prosecution, a company can indeed refuse to waive privilege and still get a DPA. Indeed, the historical record bears this out. In two instances (Standard Bank and XYZ), companies have refused to turn over interview memos that they considered were privileged, and still received a DPA. Since there have been only five DPAs in England, a full 40% of them involved a refusal to waive privilege over this material!

Second, the SFO states that if a company wants to get credit for waiving privilege in witness accounts it should also “provide any recording, notes and/or transcripts of the interview and identify a witness competent to speak to the contents of each interview."

This seeks to make significantly further inroads into privilege. While it might be hard to defend waiving privilege over the account but not the recording or transcript), the notes are different: Those will be taken by a lawyer advising the company, and have a higher claim to protection.

Even more troubling is the request for a witness to speak to the contents of the interview, since this can only mean the lawyer who conducted the interview. Making lawyers witnesses can make their role advising and investigating a company untenable. We predict that this requirement will be the subject of intense negotiation between the SFO and companies. One possibility is that companies will have nonlawyers accompany counsel in interviews for this very purpose, adding further to the costs of investigations.

Third, the SFO states that a company claiming privilege will be expected to provide certification of this by independent counsel.

We have seen this happen before where the SFO and a company are already at loggerheads, but to make it a requirement of cooperating companies seems odd and counter-productive. A company that is told by the SFO that the SFO will not accept its claims to privilege unless they are certified by independent counsel (who the SFO no doubt expects to be paid by the company) is not likely to consider that the SFO is cooperating with it, and may wonder if cooperation is worth it.

Further, what is to happen if a company refuses? It is unlikely that a court will look harshly on a company that refuses to accede to this requirement. This may be another requirement that is softened or dispensed with during negotiations.

In a sense, though, while it excites lawyers a great deal, the dispute over privilege may not really matter that much. After all, a company that wants to cooperate and — more importantly — to be seen to be cooperating, knows that a basic part of cooperation is giving the SFO the relevant facts, many of which only come out during witness interviews. Such a company will always find a way to do so (and the SFO will always find a way to accept), whether it be through waiving privilege, making new nonprivileged summaries or even some kind of oral download.

Conversely, companies and their lawyers know that holding back the facts is a sure way not to get a DPA or nonprosecution. (Of course, companies should not withhold documents or materials that are the subject of properly made out compelled process.)

So the advice to companies still revolves on the binary axis: cooperate or fight. Cooperators must find a way to provide the facts, while fighters should do only what the law requires.

While this is not to be ascribed to the SFO, the slow but steady divergence between U.S. and English views on legal professional privilege continues to make certain aspects of investigations particularly tricky for companies.

Companies considering waiving privilege over witness interviews will have to weigh the uncertain benefits in the U.K. — in terms of the degree of cooperation credit conferred by the SFO for the waiver — against the almost certain downside risk in the U.S. For several years now, as noted, the DOJ has prohibited its line prosecutors from requesting a waiver of privilege, much less considering it as a positive factor in evaluating cooperation credit, as the SFO now does. (This formal prohibition has not always stopped DOJ prosecutors from finding creative workarounds, such as arguments that certain communications with company attorneys are not privileged under the crime-fraud exception.)

The U.S. hostility to waiver requests is due in part to the fact that producing a single privileged document to the DOJ can have far-reaching consequences, due to the potential for broader subject matter waiver and waiver as to third parties under U.S. law (which does not have an equivalent to the U.K. doctrine of selective waiver), and follow-on civil litigation by the active U.S. plaintiff bar. The SFO’s effort to incentivize companies to waive privilege may thus flounder on this U.S./U.K. cost/benefit analysis.

As noted in part one of this article, the guidance overall is to be welcomed, and its thoughts on cooperation are in the main helpful and sensible. But privilege remains an area where the views of corporates and the SFO are not as one. We have no doubt that the ENRC case will not long remain the final word on these issues.