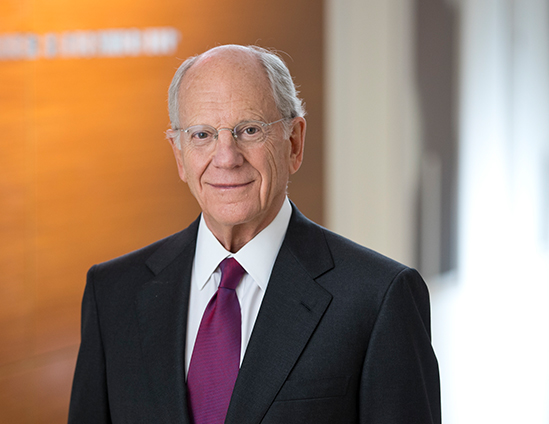 Donald joined David Boies and Jonathan Schiller as a named partner of the firm in December 1999. He focuses his practice on antitrust litigation and counseling while also representing clients before antitrust enforcement agencies in connection with government investigations and merger reviews.

He represents clients in civil and criminal matters in federal and state courts, including the U.S. Supreme Court, and before the U.S. Department of Justice, the Federal Trade Commission, as well as other federal agencies and state enforcement authorities. Additionally, he counsels clients on mergers, acquisitions, joint ventures, and a broad variety of compliance issues.

Inside Counsel called him “the specialist for high-stakes antitrust defense because he knows antitrust inside and out – literally” and the lawyer to call “to survive life-or-death antitrust matters.”

Before entering private practice, he was Deputy Assistant Attorney General in the Antitrust Division of the U. S. Department of Justice. Responsible for directing the law enforcement and competition advocacy activities of the Division in regulated industries, he was a key player in administration efforts to enact regulatory reform legislation in the railroad, trucking, and airline industries. He also supervised antitrust litigation and regulatory interventions involving a broad spectrum of energy-related industries. As a trial attorney for the Antitrust Division, he represented the U.S. in both civil enforcement actions and criminal prosecutions.

After serving in the U.S. Department of Justice, he was a partner at Crowell & Moring, where he headed the antitrust group and served on the firm’s management committee, before joining Boies Schiller Flexner.