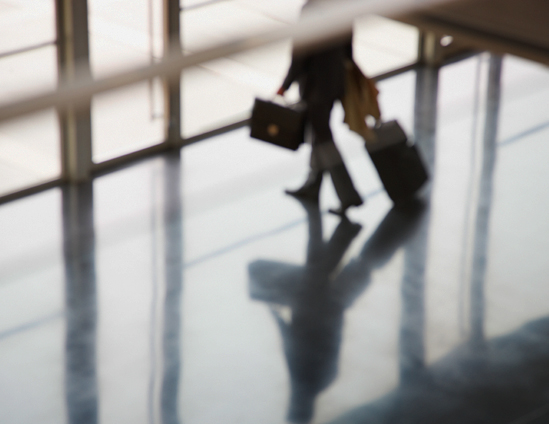 We are dedicated to being the best law firm in the country. We recruit the most talented lawyers, and we provide them with compensation and professional opportunities they will not find elsewhere.

We concentrate on what matters–our clients and our work. So while a hardworking firm, we are also an informal one. The emphasis here is on excellence, not on artificial formalities or dress codes. We want lawyers who are passionate about their work and who want to learn and succeed.

For us, the best candidates combine two sets of talents: the intelligence and intellectual curiosity necessary to succeed at a top law school, and the passion for excellence and the motivation to succeed in the most competitive areas of private business. Our recruiting mission is to find those candidates, and to provide them with the strongest incentives and professional opportunities in the legal field.

Our firm is growing and looking toward the future, and provides enormous opportunities and rewards for outstanding new lawyers.

The firm’s summer associate program is the foundation of our recruiting program, and is of central importance to the future of our firm. We recruit the most talented law school students by providing them with professional opportunities they will not find elsewhere, including hands-on experience in some of the most high-profile cases in the country. The summer associate program is designed to provide realistic exposure to the firm’s practice and lawyers, while the relatively small number of summer associates in each of the firm’s offices allows for close mentoring and training in an informal and collegial environment.

Our program starts in May and concludes in September. Our program requires a minimum of 10 weeks, and start dates are flexible to accommodate the various school calendars.  Upon arrival, our summer associates are assigned a mentor and go through a brief orientation period where they meet with Summer Associate Coordinators and Hiring Partners. Assignments are typically given through the Hiring Partner in each office. Our litigation summer associates will draft briefs and prepare for and attend oral arguments, hearings, and depositions. Corporate summer associates will work on a broad range of transactions, including mergers and acquisitions, joint ventures and other strategic transactions. You will have a real opportunity to learn the practice of law.

We encourage pro bono work. During your time as a summer associate, you are welcome to assist with some of our various pro bono matters. If there is a specific matter that interests you, just let us know and we will do our best to accommodate your request.

In addition to the work, there are a series of events planned through the summer to give you the opportunity to meet with all our lawyers in a more casual atmosphere.

Please check our On-Campus Schedule, and sign up for an interview when we visit your campus. If you are unable to secure an interview, or if we are not visiting your campus, we welcome you to send your materials directly to [email protected], indicating which office you are applying to in the subject line.

Associate life at Boies Schiller Flexner is distinguished by opportunity, training, and breadth of experience. Associates have a greater opportunity to take early responsibility for significant matters because matters are staffed efficiently within the firm. Our associates argue hearings or take and defend depositions against opposing counsel, who are often senior partners at distinguished firms.

Associates make a positive contribution from the day they arrive. New associates work closely with seasoned lawyers, assisting them in preparing and making presentations to our clients, taking depositions, drafting critical legal briefs, and presenting arguments in court. Through this work our associates become complete lawyers who know how to handle all aspects of a case with the highest degree of professionalism and creativity.

Beyond hands-on training, we have developed a comprehensive training program to prepare our lawyers for the level of work found at this firm. One feature of the program is the personal involvement of David Boies who conducts training seminars for all lawyers, sharing the experiences and the insights he has gained throughout a remarkable career.

We also choose a mentor for each junior associate who actively helps the associate develop his or her skills, provides advice about career development and is always available to answer their questions on any topic.

Associates develop broad experience, in part because we do not have rigidly-defined practice areas. We try to keep the opportunity to work on matters within the litigation or corporate groups as fluid as possible and do not require that associates specialize in any narrow discipline. To the contrary, our partners handle cases and deals in a wide variety of areas and we want our associates to have the same wide exposure to as many different areas of practice as possible. We believe that makes for a firm of more creative and effective lawyers when compared to a traditional system of practice rotations and assignments.

Different offices work together smoothly as one integrated firm and associates are encouraged to work with partners throughout the country, not merely those in their resident office. We strive to maintain our small firm culture even as the firm grows. We want our associates to know personally the people around the country whose extraordinary talents define and differentiate this firm.

BSF’s commitment to being the nation’s best law firm is reflected in its pro bono work as much as in its commercial practice. It delivers the same innovative legal strategies and zealous representation to its pro bono clients as it does to its corporate clients. The result is a track record of victories for clients who too often have been denied access to top-tier legal representation.

Pro bono matters are staffed by a combination of partners, counsel and associates who choose to volunteer their time to provide these important services. As a matter of philosophy, the Firm takes a pro bono approach to pro bono work. Therefore, BSF does not impose pro bono requirements on its lawyers. Instead, lawyers are encouraged to take on pro bono matters when they want and for whom they want.
While the Pro Bono Committee is available to facilitate work for the public good by the Firm’s lawyers, at the end of the day, BSF relies on its lawyers’ individual initiative and interests for the shape it takes.

Recent highlights from BSF’s pro bono program include the following:

Gay rights litigation, including the June 26, 2013, Supreme Court ruling in favor of BSF and co-counsel that had the effect of upholding the district court’s finding that California’s Proposition 8 was unconstitutional, and a February 3, 2014, district court opinion for the Eastern District of Virginia agreeing that restrictions on same-sex couples’ freedom to marry is unconstitutional.

In 2015, BSF joined with Kids in Need of Defense (KIND) in efforts to represent the growing numbers of unaccompanied children who are placed in immigration removal proceedings. To date, BSF has agreed to represent eight children in seven cases.

BSF has been fighting the state of Florida since 2005 for access to health and dental care for Florida children that they are entitled to under Medicaid, during which time the firm has conducted 90 days of trial and, on December 31, 2014, Judge Adalberto Jordan found sweeping violations of the Medicaid Act resulting in “approximately one-third of Florida children on Medicaid are not receiving the preventative medical care they are supposed to receive.” The court also found denials of rights to specialist care, dental care, and outreach.

The firm subscribes to the ABA’s definition of pro bono work.

The firm’s compensation philosophy is simple: we pay top dollar to attract and retain the very best lawyers in all of our office locations.

In addition to base pay, substantial bonuses may at the discretion of the managing partners, be granted based on various performance factors. The firm also provides a rich benefits package, including health, dental and vision insurance. The firm covers a large percentage of the cost for the health plan and the DMO dental plan. Our comprehensive benefits program also includes firm-paid life insurance, short and long-term disability, as well as a 401(k) plan and numerous voluntary insurance programs. We have over 30 institutional funds in the 401(k) plan to which employees can contribute pre-tax dollars. We offer a self-directed brokerage which allows employees access to hundreds of funds outside our of our institutional line up. We also offer a 401(k) Roth plan which employees can contribute after-tax dollars

In addition to providing associates with immediate experience and responsibility, the firm is committed to providing associates the opportunity to develop their skills in more structured, formal training programs. Every month the firm provides firm-wide training sessions through video conferences and teleconferences, led by our senior attorneys, including the name partners. These programs address specific areas of the litigation process (such as taking or defending a deposition), advocacy in different fora (such as international arbitration) as well as substantive legal specialties (such as antitrust).

The firm’s training committee also supervises our formal mentoring program, designed to benefit the long-term development of each junior associate. The training committee also works to expand our pro bono partner organizations so that younger attorneys have a wide opportunity to manage their own pro bono matters. They take responsibility for each case from beginning to end, with whatever support they might need from more senior attorneys who are available to offer guidance and input.