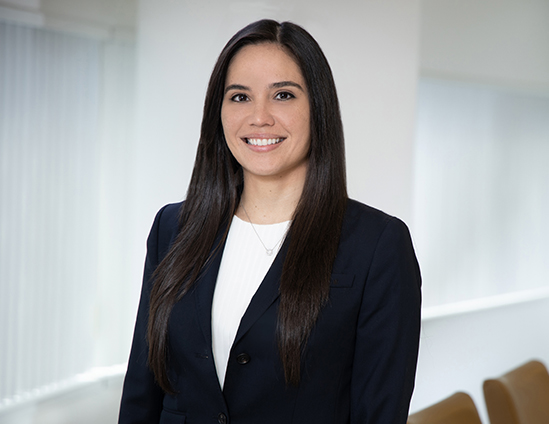 Rosy’s practice focuses on complex and appellate litigation covering different industries. She has represented clients in various high-stakes disputes, including two nationwide class actions against Google LLC, a class action MDL against automakers, and an action against the three biggest drug distributors and pharmacies in the country. Rosy also represented a victim of narco-terrorism in multiple proceedings against several Latin American drug cartels, one which involved an appeal before the U.S. Court of Appeals for the Tenth Circuit where she successfully obtained a reversal.

Rosy is actively involved in the community and has been recognized for her contributions to diversity. She currently serves as the Deputy President for Region VIII of the Hispanic National Bar Association and as the Chair for Boies Schiller Flexner’s Hispanic/Latino Affinity Group. Before graduating Washington and Lee University School of Law, Rosy also served as President of the Latin American Law Students Association and President of OUTLaw.