Insights: Building the Plane as It Flies: The Latest Updates to the Paycheck Protection Program 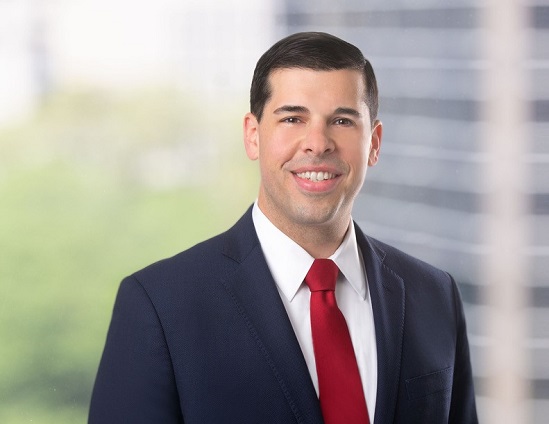 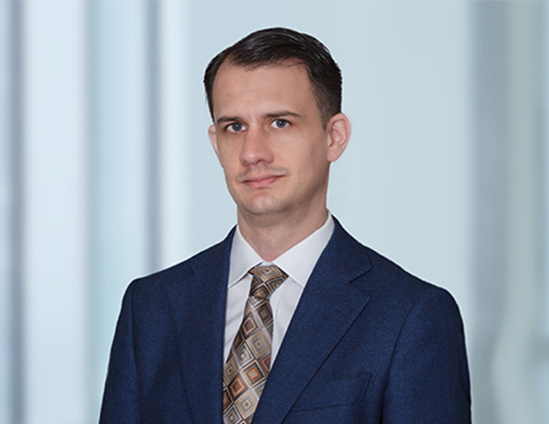 By Jesse Panuccio and Simon Leen

Perhaps no government program in recent memory has better embodied the “building-the-plane-as-it-flies” analogy than the Paycheck Protection Program (PPP). A component of the CARES Act, the massive $659 billion program is intended to provide forgivable loans to keep small businesses afloat during the COVID-19 pandemic. Congress has passed three laws governing the program and the Small Business Administration has issued at least 32 regulatory pronouncements—15 Interim Final Rules and a guidance document so far updated 17 times in two months. This constant regulatory churn, combined with repeated statements by the government that it will closely police noncompliance with the program’s evolving requirements, creates significant risk for PPP participants. In this, our third article about the PPP, we describe and analyze recent developments. The main takeaway remains caution: PPP participants must closely monitor regulatory change to avoid potential civil and criminal liability in the future.

On March 27, 2020, President Trump signed into law the Coronavirus Aid, Relief, and Economic Security Act (CARES Act). Among other avenues of relief, the CARES Act created the Paycheck Protection Program (PPP) and allocated $349 billion to provide largely forgivable loans for small businesses suffering financial distress related to COVID-19. After PPP funds were quickly exhausted, President Trump signed into law the Paycheck Protection Program and Health Care Enhancement Act, which increased total funds available for PPP loans to $659 billion. To date, the SBA has promulgated 15 Interim Final Rules governing the program and has published a “Frequently Asked Questions” guidance document, which is now on its seventeenth iteration. Congress has also been busy, having recently passed the Paycheck Protection Flexibility Act of 2020, which enacts significant alterations to the PPP and portends another flurry of SBA regulatory pronouncements.

As of May 30, 2020, the SBA reported that 5,454 participating lenders had approved just under 4.5 million PPP loans for approximately $510 billion. Predictably, the largest lending volume has been in the most populous states: California, Texas, Florida, and New York accounted for one-third, or $173 billion, of lending. In terms of industry sectors, healthcare and social assistance received the most lending ($66 billion), followed by professional, scientific, and technical services ($65 billion); construction ($63 billion); manufacturing ($53 billion); and accommodation and food services ($41 billion).

In our first article concerning the PPP, we addressed the seeming effort by the SBA to insulate lenders from downstream liability under the False Claims Act and Financial Institutions Reform, Recovery, and Enforcement Act, but noted that some lender risk remained (for example, in the secondary resale market). In our second article analyzing PPP developments, we discussed the uncertainty and risk the SBA had created for borrowers by announcing, in FAQ 31, that the certification that a PPP loan is “necessary to support . . . ongoing operations,” would be read to mean that borrowers had taken into account potential “their ability to access other sources of liquidity sufficient to support their ongoing operations in a manner that is not significantly detrimental to the business.” Since then, the new rounds of regulatory pronouncements and legislation have again altered the risk landscape for PPP participants.

FAQ 31 explains that the PPP application’s business-necessity certification requires borrowers to take into account their “ability to access other sources of liquidity,” and cautions that “a public company with substantial market value and access to capital markets” likely cannot certify necessity under this standard. On April 28, the SBA added FAQ 37, which asks: “Do businesses owned by private companies with adequate sources of liquidity to support the business’s ongoing operations qualify for a PPP loan?” Without further elaboration, the FAQ answers this question by directing readers back to FAQ 31. The message is clear: the SBA will be policing the necessity certifications of both publicly traded and privately owned borrowers.

As our last article explained, however, the SBA has been opaque as to which “other sources of liquidity” must be considered, how they are to be considered, and what constitutes “significant detriment to the business.” This lack of clarity raises a host of unanswered questions for private businesses considering applying for a PPP loan. Is a small business with cash on hand sufficient to maintain operations for only two weeks eligible for a PPP loan, or must it rely on current liquidity and the uncertain possibility of resumption of normal business operations? Must small businesses that have business-interruption insurance policies—claims which many insurance companies are denying—rely on that potential source of liquidity, or may they seek PPP loans?

While small businesses face murky certification obligations under the PPP, the federal government has been crystal clear that it intends to pursue businesses that have taken out PPP loans for which, in the government’s eyes, the businesses were ineligible. On April 28, Treasury Secretary Steven Mnuchin publicly stated that any business “that took the money that they shouldn’t have taken—one, it won’t be forgiven, and two, they may be subject to criminal liability.” The next day, on April 29, the SBA added FAQ 39 to its guidance document, informing borrowers that it “will review all loans in excess of $2 million, in addition to other loans as appropriate,” in order to “ensure PPP loans are limited to eligible borrowers in need.” Then, on May 4, Assistant Attorney General Brian Benczkowski stated that prosecutors have been in contact with the SBA and 15 to 20 of the largest PPP loan processors, and that evidence has been found showing that “businesses . . . are sending in loan applications for large amounts of money that are overstating their payroll costs, overstating the number of employees they’ve had, [and] overstating the nature of their business.” It did not take long for these investigations to bear fruit: on May 5, the Department of Justice announced that the U.S. Attorney’s Office in Rhode Island had charged two New England restaurateurs with an alleged scheme to secure PPP loans to pay the wages of fictitious employees. Since then, prosecutors have brought no fewer than six additional cases.

Rather than further clarify the necessity certification, the SBA, on May 13, announced a “safe harbor” in the form of FAQ 46: “Any borrower that, together with its affiliates, received PPP loans with an original principal amount less than $2 million will be deemed to have made the required certification concerning the necessity of the loan request in good faith.” It is, however, unclear how safe this harbor really is because FAQ 46 then goes on to state that, “as appropriate,” such loans “will be subject to review by SBA for compliance with program requirements set forth in the PPP Interim Final Rules and in the Borrower Application Form.” It is not clear whether that review will include the necessity certification or instead honor the safe harbor and only include other program requirements. The good news for borrowers facing the still-opaque necessity certification and equally murky safe harbor is that if, after being notified of the SBA’s determination that the borrower lacked an adequate basis to certify necessity, the borrower repays the loan, then the “SBA will not pursue administrative enforcement or referrals to other agencies.”

It is important to note, however, two caveats to this hold-harmless assurance. First, FAQ 46 only relates to SBA administrative enforcement and referrals to other agencies. Nothing prevents the Department of Justice from engaging in independent investigations and prosecutions, and nothing prevents private whistleblowers from pursuing False Claims Act suits against borrowers for allegedly false certifications. Second, the hold-harmless assurance does not apply to any of the several other certifications required of borrowers, including that PPP funds will be used solely for prescribed uses. As the SBA made clear in its May 22 Interim Final Rule, it can review the accuracy of those certifications for “a loan of any size . . . at any time in SBA’s discretion.”

Recent PPP guidance is much sparser for lenders. After an initial spate of guidance intended to mollify lenders concerned with underwriting liability, detailed here, the SBA has stayed the course in permitting lenders to rely on borrower certification. For example, FAQ 39, announcing SBA review of PPP loans, clarifies that the SBA’s review “will not affect SBA’s guarantee of any loan for which the lender complied with the lender obligations set forth [in prior guidance].” Lenders should not rest easy, however; SBA guidance still requires basic due diligence, frequently updated guidance may alter lender obligations, and downstream activity, such as securitization and sale of PPP loans, could lead to independent liability. Additionally, the SBA made clear in a May 21, 2020 Procedural Notice that even if lenders are not liable for false borrower certifications, “if within one year after the loan was disbursed SBA determines that a borrower was ineligible” for a PPP loan,” the “SBA will seek repayment of the lender processing free from the lender.”

On May 8, the SBA Inspector General published a flash report noting several discrepancies between the language of the CARES Act and the SBA’s guidance implementing the PPP. Most notably, the flash report found that while SBA guidance required that 75% of a PPP loan be spent on payroll to be eligible for full forgiveness, and that any non-forgivable portion of the loan be paid back within two years, the CARES Act contained no requirement that any percentage of PPP loans be spent on payroll and permitted non-forgivable loans to be paid back within ten years. In an effort to clarify these requirements, as well as to provide increased flexibility to PPP borrowers, Congress passed the Paycheck Protection Program Flexibility Act of 2020 (PPPFA).

The PPPFA affects the following changes in the PPP:

Given these important changes, and the SBA’s track record thus far, we expect further SBA guidance in coming days and weeks. For example, the PPPFA does not define what constitutes “an inability to return to the same level of business activity” due to compliance with federal health guidelines, so it is reasonable to expect at least a new FAQ on that topic. Moreover, given the scrutiny on the PPP from all corners—media, Congress, the Treasury Department, the Justice Department—we also expect continued enforcement actions against businesses alleged to have submitted false certifications in initial loan applications or in forgiveness requests. Accordingly, both borrowers and lenders must continue to monitor SBA guidance in order to ensure that they comply with the ever-shifting standards that have come to characterize the PPP.

BOIES SCHILLER FLEXNER: Building the Plane as It Flies: The Latest Updates to the Paycheck Protection Program