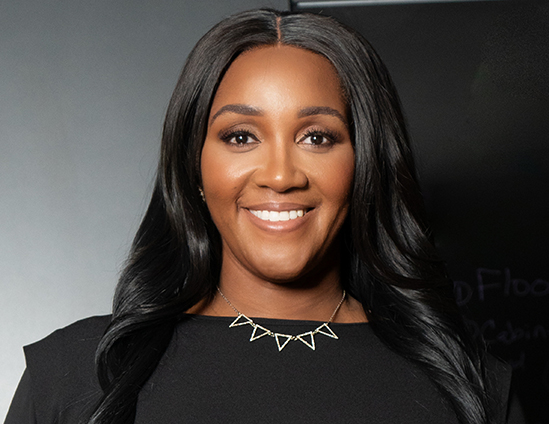 As of yesterday, June 21, Xinjiang-associated goods are presumptively barred from entering the United States.

Under the Uyghur Forced Labor Prevention Act (UFLPA), U.S. Customs and Border Protection (CBP) must presume that all imports manufactured, mined, or produced in whole or part in the Xinjiang Uyghur Autonomous Region (Xinjiang) or by entities on the UFLPA Entity List (found here on the Department of Homeland Security’s website) are made with forced labor and barred from the United States.

For the presumption to be rebutted, CBP must find by “clear and convincing” evidence that the merchandise was not produced by forced labor and release a public report outlining that evidence within 30 days of its determination.

To obtain an exception and import goods subject to the presumption, importers should comply fully with CBP’s guidance and regulations; respond completely and substantively to all requests for information; and have appropriate supply chain tracing, management, and due diligence systems in place that can provide a high level of evidentiary support sufficient to rebut the presumption.

Apparel, cotton, silica, and tomato products are the top priority

CBP intends to prioritize the highest-risk goods. CBP has stated that it currently views the highest priorities to be goods imported directly from Xinjiang, goods imported from entities on the Entity List or their affiliates, and illegally transshipped goods with Xinjiang inputs.

The CPB sectors with the highest current priority are apparel, cotton products, silica-based products (including polysilicon used for solar panels and other products), and tomato products. The CBP will apply the presumption to all products in those sectors that are either produced in Xinjiang or by entities on the Entity List.

CBP has also expressed its intention to leverage the following tools to identify and target imported goods at risk of being made with forced labor. Each of these tools identifies certain products as being at-risk. Even if the products do not appear to have ties to Xinjiang and are not currently a top CBP priority, importers would be wise to pay special attention to their supply chains if they deal with products identified in these sources.

Applicable goods may be detained, excluded, and seized

When merchandise is presented for examination, CBP has five weekdays to decide whether to detain or release it. The merchandise is considered detained if it is not released within the five days.

CBP will release merchandise if it lacks any connection to Xinjiang or entities on the UFLPA Entity List, or if the presumption is rebutted.

If CBP detains merchandise, it issues a detention notice that provides the reason for the detention and its expected length.

CPB will exclude merchandise that it finds to be in violation of the UFLPA. It may also seize such merchandise and commence forfeiture proceedings. If CBP excludes or seizes merchandise, it will provide importers with an exclusion or seizure notice.

Importers can request an exception, a finding that the presumption has been rebutted, at any time during detention, exclusion, or seizure. They should clearly state that they are seeking an exception to the UFLPA presumption and provide supporting documentation.

Prove UFLPA does not apply with comprehensive supply chain tracing

Importers should be prepared to produce documentation mapping a product’s entire supply chain, from raw materials to final product, to show that it was not mined, produced, or manufactured in Xinjiang.

Importers should be prepared to trace the supply chain even for products that purport to lack ties to Xinjiang, since exporters may illegally funnel Xinjiang products through other countries.

Supply chain maps should include all involved entities, their roles, any relationships between them, and their contact information. Importers should catalog documentation proving the identity of each entity.

Documentation should establish how the good was manufactured, which entities were responsible for which steps, and where each stage took place.

The supply chain map and supporting documentation should include in-house manufacturing, sub-assembly operations, and outsourced production, even if it is upstream of an importer’s direct suppliers.

The supply chain map should establish a chain of custody by tracking individual products through the supply chain and, where possible, also tracking the origins of inputs.

Any commingling of safe inputs with Xinjiang inputs creates a risk that the product will be detained, excluded, and seized.

DNA or isotope testing can be used if its reliability is shown and it can be connected to specific products and a specific part of the supply chain.

Manage and trace the supply chain

Importers should map the entire supply chain to gain insight into precisely what entities and risks are in the supply chain.

Importers should assess potential suppliers for forced labor use. They should ensure they have access to employment documentation, supplier personnel, and workers to verify that forced labor is not being used.

Supplier contracts should require corrective action if forced labor is uncovered at any time. Contract should indicate the possible consequences of failure to take corrective action, such as termination of the supplier relationship.

Importers may want to use resources published by the United States, the United Nations, the International Labour Organization, or other sources to help them manage the supply chain.

Each importer should maintain an information system to manage supply chain management data, such as risk assessments.

Importers should also establish due diligence systems, described further in the next paragraph.

The due diligence system should include working with stakeholders, primarily workers and suppliers. CBP warns that adequate due diligence may require worker engagement.

The due diligence system should assess the risk that forced labor is contaminating each supply chain. Importers may consider the following factors in weighing the risk.

The due diligence system should require a written code of conduct that addresses forced labor and is incorporated into supplier contracts.

The due diligence system should include training for the employees and agents who select suppliers. The training should integrate efforts to eliminate forced labor risk into the supplier selection and contracting process, and it should instruct about the following.

The due diligence system should involve communication of the code of conduct to suppliers, workers, trade unions, communities, and civil society groups; and to agents, labor brokers, employment agencies, and recruiters if applicable.

The due diligence system should incorporate verification mechanisms, which must go beyond audits given the unreliability of audits in Xinjiang.

The due diligence system must remediate violations through a corrective action plan that addresses all indicators of forced labor whenever forced labor is identified. In some cases, remediation may require termination of the supplier relationship.

The due diligence system should undergo independent review by a third party. Importers should also regularly assess the system’s performance themselves.

The importer should regularly provide public reports on the due diligence system, including the system’s verification and review mechanisms.

Rebut the presumption with worker-specific evidence

Where the UFLPA presumption does apply, CBP must find by clear and convincing evidence that the merchandise was not produced by forced labor and release a report making that determination within 30 days for the presumption to be rebutted.

CBP will look for indicators of forced labor, including intimidation and threats, abuse of vulnerability, restriction of movement, isolation, abusive living and/or working conditions, and excessive hours.

Importers should use supply chain maps, as discussed above, to show the stages of production and the entities and locations involved.

For applicable workers at entities subject to the presumption, the importer should be able to show that none of them were subject to forced labor. Making that showing may require the following forms of evidence:

Given the importance of stakeholder engagement in due diligence, importers should document their communications and contact with workers to show that they have directly verified the absence of forced labor with workers themselves.

Attention to these issues is more critical than ever, and companies with global supply chains will need to understand their potential liability, as well as the steps they can take to ensure that those supply chains are free of forced labor.

For additional information on this topic, contact any member of BSF's ESG team: Kenya Davis, Alison Anderson, and David Hunt.