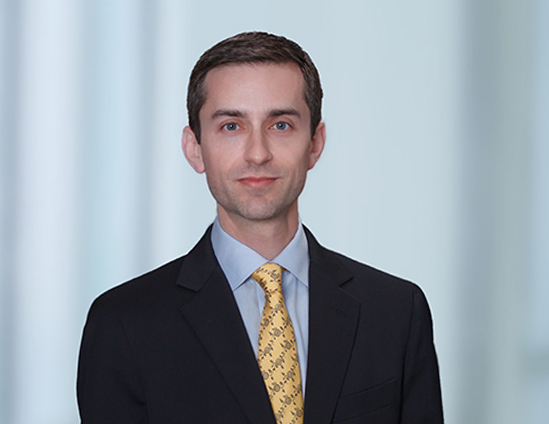 Joseph’s legal practice cuts across traditional litigation boundaries to represent clients in matters involving the strategic management of the client’s reputation with the public, the media, and government. As practice leader for the firm’s Media and First Amendment group, Joseph has been at the center of many matters in the media spotlight. He has represented and advised some of the world’s largest corporations and financial institutions in diverse matters involving cutting-edge commercial law, securities, reputational and consumer protection issues.

Recently, Joseph has led the firm’s representation of an organization at the center of a political crisis at the highest levels of a G-7 nation’s government. Joseph also represented a Presidential impeachment witness in connection with defamatory statements made about him in the press and at the highest levels of the U.S. government. Joseph defended one of the highest-profile individuals in the technology industry in a defamation lawsuit relating to tabloid coverage of his personal life, and he was part of a team that successfully defended a newspaper and its parent corporation against defamation claims.

Joseph’s representations include one of the world’s largest financial institutions in securities litigations as an opt-out plaintiff and as a claimant in potential international arbitration related to one of those cases. These lawsuits challenge the assumption that opt-outs must follow the lead of the class action and suffer the attendant legal drawbacks. The Boies Schiller Flexner team’s novel approach was vindicated in back-to-back victories before federal district court and the Joint Panel on Multidistrict Litigation, which both refused to transfer and consolidate the opt-out action, thereby preserving state law claims for the firm’s client that dozens of other plaintiffs—and the class—were all barred from pursuing.

Joseph played a leading role in the firm’s representation of Herbalife Ltd. in several matters, including the defense and settlement of a nationwide class action. Joseph also was part of a Boies Schiller Flexner trial team litigating a multibillion-dollar breach of contract lawsuit arising out of a high-profile health care industry merger.