How Int'l Claims Can Be Lost — Or Won — In Translation 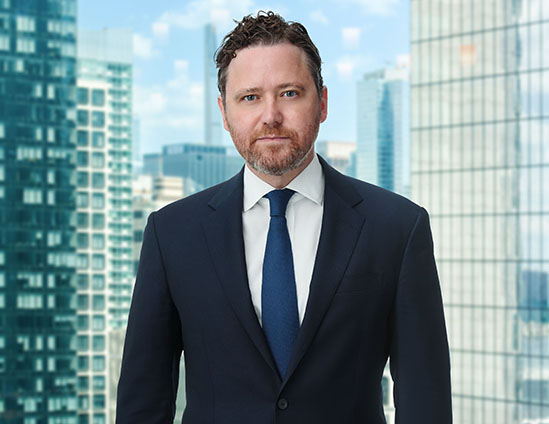 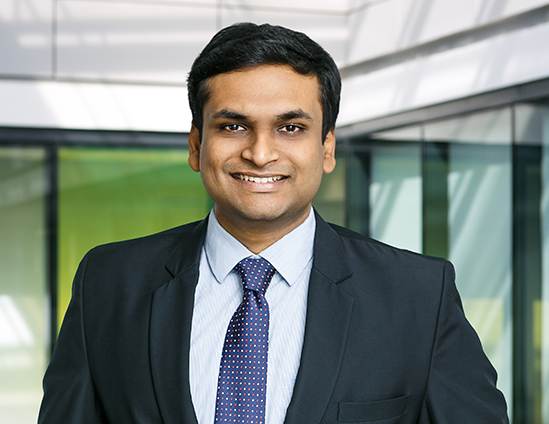 By Ben Love and Sagar Gupta

When Croatian national Bedri Selmani brought an investment claim against Kosovo under that state's 2014 foreign investment law, it might not have been obvious that the outcome of a central argument advanced by Selmani would turn on the translation of the law.

On Aug. 1, 2022, an International Chamber of Commerce tribunal denied Selmani's claim and in so doing, found that the Kosovan foreign investment law did not contain the key guarantee of free and equitable treatment.

At the heart of this determination was a contentious issue of translation. Although the English version of the law included a free and equitable treatment provision, the Albanian and Serbian versions did not.

Instances of pivotal translations are not rare in proceedings before international courts and tribunals. Issues of translation and interpretation are inevitable when treaties and documents are in multiple languages.

Apart from doctrinal issues of treaty and contractual interpretation, translations and interpretations can have outcome-determinative roles in international disputes, in addition to a practical effect on the timing and costs of proceedings.

In this article, we consider recent jurisprudence and practice of leading international courts and tribunals and identify key pitfalls that parties may seek to avoid in international proceedings.

Most major bilateral and multilateral treaties are authenticated in multiple languages. In the case of the United Nations, this tends to be one or more of its six official languages: Arabic, Chinese, English, French, Russian and Spanish.

Apart from the treaty texts, proceedings before international courts and tribunals can also be in different languages. For instance, the International Court of Justice operates in English and French, and the World Trade Organization Dispute Settlement Body accepts English, French and Spanish.

Given the multilingual nature of international dispute settlement, there is a risk that the meaning of treaty texts and contracts gets lost in translation.

In the context of treaties, the drafters of the Vienna Convention on the Law of Treaties were aware of this challenge and formulated rules of interpretation to reconcile the divergence among authentic texts in different languages.

Article 33 of the VCLT provides:

Interpretation of treaties authenticated in two or more languages

International courts and tribunals including the ICJ, the WTO Dispute Settlement Body, the European Court of Human Rights and the International Tribunal for the Law of the Sea have applied the principles set out in Article 33 to resolve divergences in treaty texts.

For instance, in LaGrand (Germany v. United States of America), the International Court of Justice considered the differences between the English and French versions of Article 41(1) of the ICJ statute to determine the binding effect of provisional measures.

Holding that Article 33(4) of the VCLT reflects customary international law, the ICJ in LaGrand reconciled the difference in favor of the binding effect of provisional measures by considering the object and purpose of the ICJ statute, which was to fulfill "the basic function of judicial settlement of international disputes by binding decisions."

Similarly, the WTO appellate body applied the presumption of the same meaning in each version of the treaty in EC-Bed Linen (Article 21.5 — India) and reconciled the differences in French, Spanish and English treaty text to determine the meaning of "ordinary customs duties" in Article 4.2 of the Agreement on Agriculture in Chile — Price Band System.

As most investment treaties are bilateral in nature and investment treaty cases are typically decided by independent arbitral tribunals, rather than a court, academics and practitioners have raised concerns in relation to the risk of fragmentation of international investment law. This includes the risk of divergent interpretations of the same treaty.

Which treaty text is "authentic"?

The investment tribunals in Kiliç, İçkale and Muhammet Çap each considered the question of which of the versions of the bilateral investment treaty were authentic as Turkmenistan sought to rely on the Turkish version of the treaty to interpret the local courts requirement in the treaty's dispute resolution clause. Each tribunal held that only the English and Russian versions could be said to be authentic.

[a]ccurate translation of, for example, a sentence in one language into another, requires something more than a literal and word-for-word translation of each and every word employed in the text that is being translated.

However, while the Kiliç tribunal interpreted the prearbitration requirement of litigation before the Turkmenistan courts as a matter of jurisdiction, the İçkale tribunal reached a different view and held that this requirement was not "a condition to Turkmenistan's offer to submit itself to the jurisdiction of an international tribunal to arbitrate investor-State disputes under the Treaty." Therefore, it was judged as a matter of admissibility instead.

Should the textual interpretation be reconfirmed using other authentic versions?

More recently, in the $57 billion Yukos arbitration, the arbitral tribunal and the enforcing court arrived at divergent interpretations of Article 45(1) of the Energy Charter Treaty, or ECT, in relation to the provisional application of the treaty to Russia which provided as follows:

Each signatory agrees to apply this Treaty provisionally pending its entry into force for such signatory in accordance with Article 44, to the extent that such provisional application is not inconsistent with its constitution, laws or regulations.

Russia claimed that for the purposes of Article 45(1) of the ECT, each provision of the ECT would need to be tested for consistency with its constitution, laws and regulations.

On the other hand, Yukos submitted that the tribunal's inquiry should be whether the provisional application itself is contrary with Russia's constitution, laws and regulations rather than each provision of the ECT.

Relying on the principles of treaty interpretation in Articles 31 and 32 of the VCLT, the tribunal ruled in favor of the claimant.

The Hague District Court, however, came to a diametrically opposite view supporting Russia's argument when considering whether to set the award aside.

Although the ECT is equally authentic in several languages including English, French, German, Italian and Spanish, the Dutch court relied on the English language version of the ECT as the basis for its judgment. Some commentators have suggested that the arbitral tribunal or the Dutch court should have undertaken the analysis under Article 33 of the VCLT to support their conclusions.

Other than treaties, international adjudicators routinely consider documentary evidence in languages other than the language of the arbitration.

In one such case, the interpretation of a company's board minutes, originally in Arabic, affected the tribunal's decision on the attribution of the board's decision to the Egyptian state. (Mr Love was counsel to the claimants in this arbitration.)

The Ampal tribunal was called to determine whether the Arabic word "aqar" should be translated to "approved," as contended by the claimants, or "acknowledged" as advanced by the respondent. As the parties could not agree to a common translation, the tribunal requested a translation from an ICSID approved translator, who opined that the translation should be "confirmed," a word that the tribunal considered to support a finding of state attribution.

Another case that is frequently cited to underline the importance of getting translations right is Occidental Petroleum v. Ecuador. The award is criticized for relying on "misleading" English translations of Ecuadorian Supreme Court judgments that were originally written in Spanish.

According to the dissenting arbitrator in Occidental, "had the translations concerning the criteria of inexistence been correct and the original Spanish texts been really taken into account, the conclusions arrived at by the majority would have been impossible to sustain."

In international commercial arbitrations, tribunals tackle the translation issue in different contexts. We consider the most common scenarios, which usually arise in post-award phase where the arbitral award is scrutinized by a national court in setting aside or enforcement proceedings.

As a starting point, the New York Convention, in Article IV(2), sets out the formalities for the recognition and enforcement of foreign arbitral awards, which include a translation requirement:

If the said award or agreement is not made in an official language of the country in which the award is relied upon, the party applying for recognition and enforcement of the award shall produce a translation of these documents into such language. The translation shall be certified by an official or sworn translator or by a diplomatic or consular agent.

In CEEG (Shanghai) v. LUMOS, the U.S. courts declined to confirm an arbitral award from the China International Economic and Trade Arbitration Commission on the basis that the notice of the arbitration was sent in Chinese rather than English and thereby prejudiced the respondent's due process rights. Had the claimant translated the notice of arbitration to English — cognizant of the due process standards of the enforcing jurisdiction — it is likely that the U.S. courts would have been more sympathetic to enforcing the award.

On the contrary, English courts have taken a purposive approach to resolve language issues in favor of arbitration.

In a 2018 jurisdictional challenge to an arbitral award for lack of substantive jurisdiction under Section 67 of the English Arbitration Act, the English Commercial Court was called to interpret an arbitration clause in an English-law governed charterparty contract that was written in Russian.

The London Maritime Arbitrators Association arbitral tribunal interpreted the foreign language arbitration clause and denied jurisdiction on the basis that the arbitral tribunal allegedly referred to an institutional arbitration under the London Court of International Arbitration rules. The English court rejected the tribunal's denial of jurisdiction and held that the meaning of a foreign-language arbitration agreement should be determined "by way of combined process of assessing the evidence as to the translation together with the usual tools of construction."

In general, parties should be aware of the implications of getting document or legal text translation wrong. As demonstrated above, this can prove costly as language issues can jeopardize the enforceability of arbitral agreements and awards.

Of course, translation and interpretation can add substantial sums to the costs of the international proceedings. If there is a possibility of conflicting interpretation, parties may seek to cite expert linguistic evidence before the tribunal. However, as a first step, principles of treaty and contractual interpretation under applicable international and domestic law should be used to resolve ambiguity.