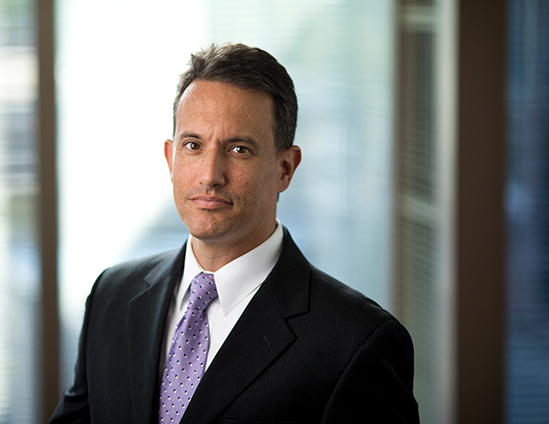 Samuel’s practice focuses on complex commercial litigation with a subspecialty in government litigation. Throughout his career in private practice, as a trial attorney at the U.S. Department of Justice (2001- 2007), and as Assistant Deputy Attorney General for Civil Litigation with the District of Columbia Office of the Attorney General (2007- 2011), Sam has excelled in developing novel approaches to complex and difficult issues of first impression. He has represented clients in numerous trials, evidentiary hearings, and appeals and argued numerous dispositive motions.

While with the DOJ, Sam served as lead counsel and successfully represented the United States in a wide range of civil litigation, including a challenge to the federal nursing home enforcement regulations and standard survey protocol brought by the largest nursing home chain the country; lawsuits asserting the unconstitutionality of the copyright restoration provisions of the Uruguay Round Agreements Act; and the first major lawsuits invoking the so-called unfunded mandates provision of the No Child Left Behind Act. He also successfully represented the U.S. Department of Housing and Urban Development in a major land sales fraud case brought against 20 individual and corporate defendants.

Sam supervised civil litigation and served as lead counsel in various matters while with the District of Columbia, including successfully obtaining decertification of a major class action, and defending against a fair cross-section challenge to the District’s jury-selection system and attempts to overturn District same-sex marriage legislation via a proposed initiative and referendum. He received the Office’s Distinguished Service Award.